Physicians have long observed that certain viruses can slow the progression of cancer. Oncolytic immunotherapy aims to harness this potential by using genetically modified viruses to target tumors in several important and complementary ways.1

By deleting certain genes, viruses can be reprogrammed to replicate in tumor cells but not in normal cells. This selective viral replication causes the tumor cells to lyse—releasing tumor-specific antigens.1 The virus can also be modified to produce human GM-CSF, signaling dendritic cells to the site of the lysed tumors where they encounter tumor antigens—generating a broad immunotherapeutic response that can help cytotoxic T cells to recognize and attack distant metastases throughout the body.2 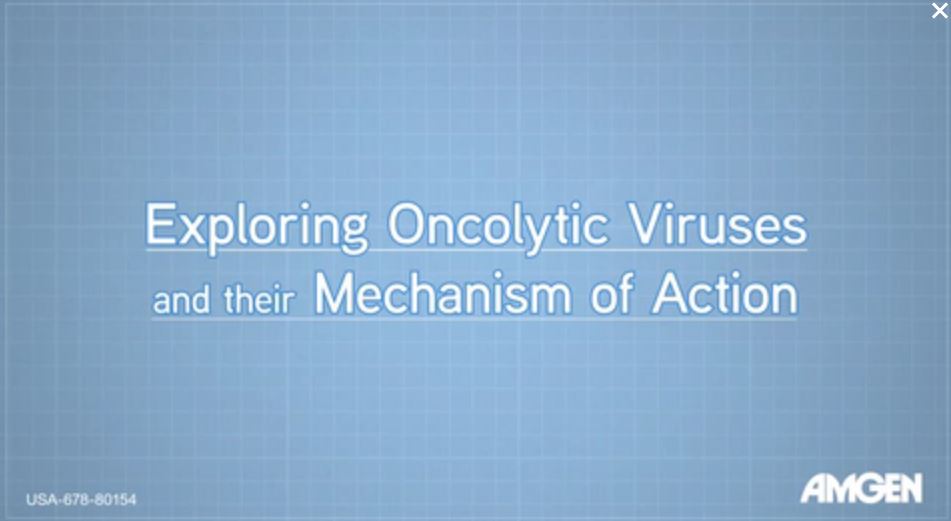 Watch this video to learn more about how oncolytic viruses work along with a patient's immune system to attack cancer cells.

Visit our resources section for further information on modalities currently under investigation.